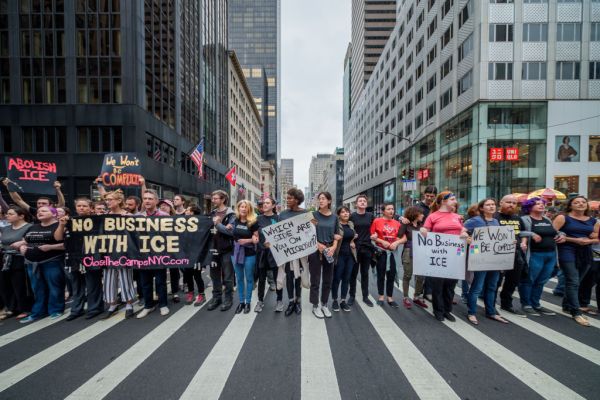 Yesterday, software development tool maker Chef found itself in the middle of a firestorm after a Tweet called them out for doing business with DHS/ICE. Eventually it led to an influential open source developer removing a couple of key pieces of software from the project, bringing down some parts of Chef’s commercial business.

Chef intends to fulfill its contract with ICE, in spite of calls to cancel it. In a blog post published this morning, Chef CEO Barry Crist defended the decision. “I do not believe that it is appropriate, practical, or within our mission to examine specific government projects with the purpose of selecting which U.S. agencies we should or should not do business.”

He stood by the company’s decision this afternoon in an interview with TechCrunch, while acknowledging that it was a difficult and emotional decision for everyone involved. “For some portion of the community, and some portion of our company, this is a super, super-charged lightning rod, and this has been very difficult. It’s something that we spent a lot of time on, and I want to represent that there are portions of [our company] that do not agree with this, but I as a leader of the company, along with the executive team, made a decision that we would honor the contracts and those relationships that were formed and work with them over time,” he said.

He added, “I think our challenge as as leadership right now is how do we collectively navigate through through times like this, and through emotionally-charged issues like the ICE contract.”

The deal with ICE, which is a $95,000 a year contract for software development tools, dates back to the Obama administration when the then DHS CIO wanted to move the department towards more modern agile/DevOps development workflows, according Christ.

He said for people who might think it’s a purely economic decision, the money represents a fraction of the company’s more than $50 million annual revenue (according to Crunchbase data), but he says it’s about a long-term business arrangement with the government that transcends individual administration policies. “It’s not about the $100,000, it’s about decisions we’ve made to engage the government. And I appreciate that not everyone in our world feels the same way or would make that same decision, but that’s the decision that that we made as a leadership team,”Crist said.

Shortly after word of Chef’s ICE contract appeared on Twitter, according to a report in The Register, former Chef employee Seth Vargo removed a couple of key pieces of open source software from the repository, telling The Register that “software engineers have to operate by some kind of moral compass.” This move brought down part of Chef’s commercial software and it took them 24 hours to get those services fully restored, according to Chef CTO Corey Scobie.

Crist says he wants to be clear that his decision does not mean he supports current ICE policies. “I certainly don’t want to be viewed as I’m taking a strong stand in support of ICE. What we’re taking a strong stand on is our consistency with working with our customers, and again, our work with DHS  started in the previous administration on things that we feel very good about,” he said.

IBM to buy Red Hat for $34B in cash and debt, taking a bigger leap into hybrid cloud